The Booms Beneath – Mistpouffers in Wisconsin

Isn’t it interesting how easily accepted a poor explanation can be passed off?

The latest in our constant stream of paranormal happenings that our world is kind enough to dish up are the Wisconsin underground booms. 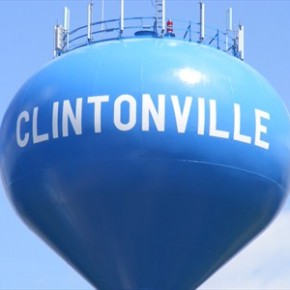 They even have a term, ‘Mistpouffers‘ among others, and have been reported around the world for centuries.

Coastal areas are often most affected, early settlers in the American Northeast were told by the Indians that the sounds were the great spirit busily hammering away as he continued to create the earth.

Obviously, this was nothing new to the Indians either.

They are heard in Canada, the Netherlands, Bangladesh, Ireland and many other places, most all covered by various legends as to what they really are ranging from ghost ships firing cannon to the more modern underground alien bases theories.

In the United States alone, there have been no less than 20 unexplained booms over the last decade.

Some near water, some not.

Of course some can be explained by meteorites entering the atmosphere, and there are many other theories about just what could create a boom, but this Wisconsin affair seems most interesting in that the booms were clearly coming from the ground.

There are far less rational explanations for a non-aerial boom.

And it wasn’t just one location, we all know about the Clintonville booms, but more were heard 80 miles away in Montello, WI.

And, there wasn’t just one boom.

There were many over at least a four day period, possibly even months, some reports saying the booms slowed down in the morning and went full force again in the evening!

Seasonal or time sensitive booms are again nothing new.

The “Barisal Guns” of Bangladesh were noted to sound like cannon, ran for years in the late 19th century before stopping, and seemed to prefer the summer months and hardly ever happened in the winter.

No thunderstorms were ever in the area during the booms, and in this case the booms seemed to have stopped completely by the 1890’s.

Clearly, it was not sonic booms from jets.

The most interesting case is the Bell Island boom.

This particular boom did some serious damage to local homes in 1978.

More interestingly, it damaged the electrical wiring of the homes in a manner that might be similar to what a natural EMP, or a weapon, might do.

This specific case was blamed on an unusually large lightning bolt, though meteorologists deny that the conditions were present for lightning, and a ‘crater’ of sorts was pointed out as the impact zone.

That’s a hard buy, lightning doesn’t usually make craters, it makes fulgurites which tend to look like small fused glass tubes going into the ground with the surrounding soil undisturbed.

Big holes with apparently no fused glass isn’t very consistent, and weirder still Los Alamos labs sent a pair of scientists all the way out to the Island, off Newfoundland in Canada, to investigate.

The official story is that the infamous Vela satellite detected the huge lightning bolt, and they were sent on that basis, but that doesn’t seem to add up.

Why go out there if you know what it was?

Were other superbolts detected by Vela and investigated with the same vigor and expense?

So what did the powers that be do in response to the Wisconsin booms?

They’ve called it a small earthquake followed by an earthquake swarm.

The media, or at least most of it, took the answer happily and closed the case.

Never mind that the explanation was entirely inconsistent with their earlier reports.

Witnesses note that the booms began much earlier than the 1.5 magnitude miniquake that the USGS advanced as a possible cause.

The dual locations of the booms is also inconsistent with an earthquake.

The shaking alone reported by some witnesses should exceed 1.5 magnitude from the reports, which is well below the 2.0 threshold of usually being feelable by humans.

Residents in Clintonville seem unsatisfied, and well they should be.

When illogical, inconsistent concepts are advanced in an authoritative “case closed” manner, it can be insulting and smacks of the want to get the whole thing buried and made to go away.

In fact, the Wisconsin underground booms remain unexplained, as do a great many others, and if the ground of Wisconsin continues to boom, we will not have heard the end of this story.