Technology is a wonderful thing.

Since the dawn of man we’ve been forced to rely entirely on our own human senses as the only resource for detecting strange and unusual phenomena, but not anymore. 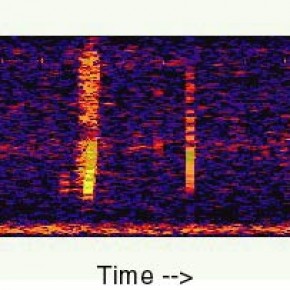 Some sort of technology

Updated 2/11/2020 – The 20th century saw its great universe-changing burst of human technological development and with it came even more mysteries.

Some are solved, such as the discovery of radio waves emanating from astronomical objects, but a growing contingent of mysteries detected through technology shows us that unexplained phenomena are not simply a product of overactive imaginations.

SETI, or the Search for Extra-Terrestrial Intelligence, is an effort designed to detect evidence of alien species.

Dedicated mainly to finding radio waves from an intelligent extra-terrestrial source, the various SETI programs so far have not provided any proof of aliens.

Except maybe once. On August 15,1977 a signal was detected by Dr. Jerry R. Ehman using an Ohio State University radio telescope.

Lasting a full 72 seconds, the signal didn’t seem to come from inside the solar system, and had all the attributes that would have been expected of an alien signal.

Ehman reacted by circling the signal on his printout and writing the words “wow” next to it.

The wow signal is interesting in that it seemed to come from a fixed point in the sky.

The telescope Ehman was using wasn’t able to move, it pointed in one direction and then relied on the rotation of the earth to change its direction.

The net result of this was that the telescope would only see a small area of the sky for a short time, and any signal coming in from outer-space would only be seen for 72 seconds – the exact duration of the wow signal.

During the observation, ideally the signal should peak and then decrease as the earth rotated the signal out of the telescopes view, and again, that’s what was observed in the wow signal.

This method generally rules out earthly radio interference as a source, and points directly to an area of interstellar space located in the constellation Sagittarius.

The problem with the wow signal is that it was never detected again.

A number of radio astronomers on different telescopes have searched for the wow signal to no avail.

Whatever it was, it seemed to be transient at best, if not just a one time deal.

Ehman himself points out that there just isn’t very much data to go on, and that the signal may have simply been an earth signal bouncing off a piece of space debris.

So what was the wow signal? No one knows, and until we see it again, it will remain a mystery.

In 1997 the National Oceanic and Atmospheric Administration (NOAA), a US government agency, detected a bizarre sound moving through the ocean more or less off the southwest coast of South America.

Known as the ‘Bloop’ this signal remains unexplained.

Unlike the wow signal, the bloop was detected multiple times by an array of hydrophones in the pacific designed to detect Soviet submarines.

The signal would behave in such a way as to only have been able to come from a living thing, but whatever it was had to be enormous.

The signal was heard at a range of over 5000 kilometers, suggesting that the creature would have had to have been much larger than a blue whale.

The blue whale is considered to be the largest animal to have ever lived, though some research suggests that a few dinosaurs might have been bigger.

Theories range from the sound being made by some unknown species of squid even larger than a whale, to a machine or man made source, but none of these theories fit very well with the bloop signal.

If anything, the signal looked most like a whale, leading to speculation that either a particularly giant whale lurks in the oceans, or the sounds of a normal whale were somehow amplified by the currents tricking the hydrophones.

The signal was never detected again after 1997 and remains a curious mystery.

From ghost-detecting EMF devices to EVP’s, technology has revolutionized the effort to explain the unexplained.

In practice, it has only deepened old mysteries, and added new ones to the catalog of the unexplained.

With the proliferation of technology going at an ever faster rate, we are likely in store for more of the unexplained.