What did Vela see?

On September 22, 1979 an aging satellite named Vela 6911 detected two very distinct flashes in the vicinity of the Indian or South Atlantic oceans that supposedly could be only one thing: a nuclear detonation. 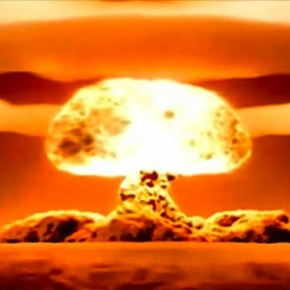 Updated 2/9/2020 – The Carter administration held an emergency meeting, other satellites were enlisted to see if they saw the detonation, which they did not, and utter pandemonium ensued for a short time as the US government scrambled to see who or what had set off a nuclear weapon that day.

It was a small explosion, estimated at only three kilotons, and while the Soviets, Chinese, French and British are unlikely as the originators, the finger was tentatively pointed at Israel or South Africa for testing a weapon.

Problem is, the whole thing made no sense.

The first problem was that no other satellites had detected the detonation, even though at least three were capable of it, if not more.

It might have ended there, a very scary and potentially dangerous malfunction caused a false alarm.

Astronomers working at the Arecibo radio telescope in Puerto Rico detected an atmospheric shockwave that could have been linked to a nuclear explosion.

The US government’s hydrophone network detected a very clear echo of a large explosion.

But the one piece of foolproof evidence was never found: radiation.

Dozens of flights were conducted to try to detect fallout, and none was ever found, though extremely low levels of a certain radioactive element might have been detected in Australia, some time later.

The blast remains a secret to this day, despite South Africa having given up all nuclear weaponry and testing decades ago.

If they did it, they still aren’t saying, even though they have no motivation to keep quiet after all this time.

Only if it involved Israel would it be worth keeping secret still.

It couldn’t have been a natural phenomena, meteorites do not make double flashes of light characteristic of a nuclear explosion.

But given that all parties that may or may not have been involved state it wasn’t theirs, and the fact that radiation fallout was never confirmed, tends to point to something else.

Exploding UFO’s have been brought up as a cause of anomalous atmospheric detonations for some time.

Tunguska, most famously, was suspected by some in the UFO community as just such a thing.

While no detonation was seen before the Roswell crash, its easily possible that nothing was around capable of detecting it at the time.

Could an alien spacecraft have exploded over the Indian Ocean in 1979?

Its not likely we’ll ever know.

The facts surrounding the event to this day do not add up, and any potential players in the nuclear arena remain tight-lipped.

Most likely, Israel tested a nuclear weapon, but how it managed to not produce detected fallout is a mystery.

Could it have been a UFO?

Someone in government knows, but they aren’t going to say.

Random detonations that look like nuclear weapons, cause international incidents, and could have been misconstrued by jittery cold war powers are something you tend to keep secret.