You can’t ever completely escape it.

It influences you every moment of your life from birth to death and without it you wouldn’t have evolved. 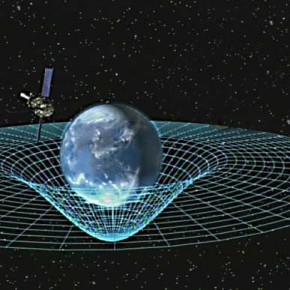 Not so, gravity remains the most mysterious force in the universe today, and this seemingly mundane fact of existence is a surprisingly fruitful breeding ground for the unexplained.

NASA Spacecraft Have Mysteriously Slowed Down

Pioneer 10 was launched in 1972 and would become the first human-made spacecraft to pass through the asteroid belt and visit the planet Jupiter.

A year later, its sister ship Pioneer 11 was launched, it would visit the Jovian system again, and then would become the first to explore Saturn.

Both spacecraft proved to be wildly successful, returning amazing images of these gas giants and greatly increasing our knowledge of them.

After their historic flybys, these spacecraft continued on toward interstellar space making periodic observations of the conditions present in the empty outer regions of the solar system.

Both spacecraft were designed for just a few years of operation, but happily and as a testament to their engineering, they continued to transmit their observations of deep space for decades.

Pioneer 11 finally went silent at the end of 1995 when the motion of the earth made it impossible for the spacecraft’s antenna to be oriented properly for a call home, and Pioneer 10 finally stopped transmitting in 2003 after its nuclear-based generators could no longer produce enough electrical power to create a signal strong enough to reach us.

In a few million years Pioneer 10 will lifelessly pass near one of the brightest stars in the night sky; Aldebaran in the constellation of Taurus, a giant star that has recently been discovered to possibly have either a large planet or brown dwarf thirteen times times the size of Jupiter orbiting around it.

Pioneer 11 is headed toward Aquila the eagle, and will pass close to a star in that constellation in about four million years.

In addition to what these venerable NASA spacecraft have already accomplished, the’ve also presented us with a mystery.

Defying all of the variables that we know about the gravity of the sun and its solar system, the spacecraft have slowed down.

Both Pioneers ought be a bit further out than they are, instead they are about 248,000 miles closer to the sun than they should be.

The same strange effect seems to have also been at work on the Ulysses and Galileo probes.

None of the simple explanations add up, the most prominent being the suggestion that heat leaking from the radioactive generators that powered the craft created a slight brake in their velocity.

This lack of a simple theory that explains their motion has lead to more exotic suggestions from scientists ranging from some interaction with dark matter, an aspect of gravity that we do not yet understand, or some mysterious unknown property of the universe that is somehow working against the probes.

These theories may end up having mind-numbing implications.

The effect is not consistent with what we know about gravity.

It could mean that gravity works differently than we thought.

The effect is so apparent over such a short distance, our solar system is very small compared to the rest of the universe, that it could force a major revision of Einstien’s theory of general relativity.

If it’s dark matter, it would toss the seemingly obscure Pioneer anomaly into a cutting edge and mysterious area of science.

It could even involve string theory.

Whatever is causing the anomaly remains unexplained, and has even prompted calls by scientists for NASA to explore the phenomena with a probe dedicated specifically to the phenomenon.

The Earth’s Gravity is Not Uniform

The Pioneer anomaly isn’t the only mystery gravity has presented to us.

Our own planet also shows counterintuitive variations in the strength of its gravity.

You will weigh a little bit less, or more, depending on where you are standing on the globe.

The effect is minute but measureable and a general trend is that gravity is weaker the nearer you get to the equator, this is explained as being an effect of centrifugal force and the fact that earth is not a perfect sphere, it is somewhat flattened and being at the equator puts you slightly further away from the center of the planet than you would be if you were at the south pole.

The presence of mountain ranges or particularly dense areas of geology can cause localized variations in gravity.

Less easy to explain are areas, such as a large region off the coast of India, where a spot of particularly low gravity exists with no apparent corresponding geologic feature to explain it.

Branes and How Gravity May Allow Us to Observe Alternate Universes

Strangest of all is an aspect of brane theory that may allow us to observe, in some small way, the layout and arrangement of parallel universes.

Gravity has long been known to be the weakest of the four forces that govern our universe, however, it may be weak only because its influence is spread across multiple dimensions.

This might be observable through evidence presented by microwave radiation left over from the formation of the universe, and its even possible that dark matter may not be matter at all, and might really be the effects of another universe’s gravity influencing our on a universal scale as opposed to the solar system-sized differences seen with the Pioneer anomaly.

Might we be able to map a parallel universe by observing the apparent distribution of dark matter in our own?

It can be implicated in the breaking of every tea cup that has ever met its end.

It is ultimately responsible for countless broken bones, plane crashes, and at some level it has played a part in every event in human history.

Newton pondered it centuries ago, yet we still live with it every moment of our lives and we always will.

It is the glue that holds our universe together.

Yet it may also hold the key to the observation and understanding of a parallel universe so unlike our own that it will defy the normal, and that may make gravity the most interesting aspect of human existence, instead of the most mundane.