What are the chances?

What are the chances? A look at extraterrestrial life in our solar system: 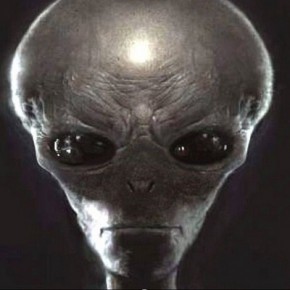 Updated 2/9/2020 – Life, at least on our world, is an extraordinarily resilient and hearty thing.

You can go miles into the earth’s crust and find living microbes.

You can journey to the frozen poles – that in some ways mimic the harsh conditions on some of the other world’s in our solar system – and you’ll find life thriving.

Even if our world were to undergo almost every natural or manmade cataclysm in the book, some form of life would likely survive.

Only the eventual death of our sun seems to be a surefire way of life on earth giving up the ghost.

So what are the chances of life outside of the earth in our solar system?

Backpackerverse has attempted an educated guess.

Extraterrestrial Life in our Solar System?

Both an extremely hot world, and an extremely cold one depending on if you’re on the sunny side of the planet or not, this tiny world lacks a significant atmosphere and doesn’t seem to have much going on in regards to geothermal energy.

Mercury’s chances of life are truly astronomical, so much so, you might as well not even bother equipping a spacecraft to look for it.

Study its geology instead.

Venus is a harsh place.

It suffered a runaway greenhouse effect at some point in its past that has turned it into hell ball.

Lead can’t exist as a solid on its surface.

It rains sulfuric acid, but its so hot that the acid evaporates before it hits the ground.

It does have geothermal energy, but its crust isn’t broken into tectonic plates.

This means that every so often, in terms of geologic time, a big crack forms in the crust and the whole planet gets erased and rebooted by lava.

However, it has been theorized that it just might be possible for some form of life, probably microbial, to survive in venus’ upper atmosphere.

Its a long shot, and it’s not likely, but the possibility is there.

But what of the moon?

Sadly, not a chance.

Similar to Mercury, the moon suffers from extremes of heat and cold, depending on if it’s night or day.

There is nothing in between.

Further, while it may have some water ice, it’s never liquid.

The moon is geothermally dead, and has effectively no atmosphere.

The only life we will likely find here will be us, whenever we choose to return.

We’ve looked at it for millennia with ever closer magnification.

At times, we were sure it was inhabited.

We saw canals that were clearly alien made, but that turned out to be an optical illusion.

Then we went there, and while we found clear evidence of the action of liquid water in the past, Mars sure looked dead.

So for years we viewed it as a dead, failed planet, interesting only because it’s probably the most liveable planet in our solar system other than the earth.

But then the equation changed.

Some years ago, NASA itself made a controversial announcement that their scientists had apparently discovered fossils in a meteorite known to have originated on Mars.

Well, the controversy still rages, and we’re still not sure that they really are fossilized bacteria.

But if you add that with discoveries by the Mars Exploration Rovers, and other spacecraft, it would seem that Mars had liquid water for a very long period of time.

Further, it turns out that Mars is not dead geologically, it seems to still have geothermal energy and even occasional volcanic action.

And to top it off, it seems that very briny liquid water still flows from aquifers on the planet, and sticks around just long enough to make a salty mark on the inside of a crater.

Given all this, it seems almost likely that Mars once had bacterial life.

With bacteria being so resilient and tough, it may just still be there, far below the surface of the planet.

Because of this, on a microbial basis only, Mars is a likely place for life to have evolved.

The catch is, it may or may not still be there.

While Jupiter itself is a big gas bag that probably doesn’t harbor life, two of its moons just might.

Europa is the most likely.

It seems that Europa is covered in a giant liquid water ocean, topped by a thick crust of ice that occasionally breaks open and lets water flow, very briefly, on the surface.

This ocean is kept warm by tidal heating, it is literally warmed by friction as jupiter tries to tear it apart, and could well have life on the order of microbes, but also all sorts of bizarre complex life like fish adapted for low-gravity, sea monsters, and any number of beasties.

Another of Jupiter’s moons, Ganymede, may also have conditions similar to Europa.

We give this a rating of possible, and strongly support any efforts to explore these poorly understood ice-and-ocean worlds.

It throws liquid water from its surface, which promptly freezes into ice particles, that go shooting off into orbit.

This suggests a liquid water ocean under a surface of ice.

God knows what lives in it, if anything.

At some point in its history Uranus underwent a giant cataclysm that knocked it on its side.

Its moons are broken, damaged things that do not seem to be likely places for life to form.

But there is still a chance, we need to learn more about its moons, and until that happens we won’t know for sure.

This is a cold place, and its moons are even colder.

Its unlikely that there is enough sunlight and heat to do much of anything here, as far as life is concerned.

We know almost nothing of Pluto, yet.

We have a spacecraft on the way to explore it.

Even still, we probably won’t find the conditions needed by life.

It’s probably a big ball of ice and rock.

We know, we know, Pluto isn’t a planet anymore.

But consider our inclusion of this tiny world as a protest of the reclassification.

So there you have it.

Does life exist in our solar system outside the earth?

Probably, but in a microbial form.

Are there chances for more complex life?

Yes, but less likely than microbes.

Should we go look for it?