The Mystery of the Singing Stones

Still standing after nearly 3,400 years, two statues of the ancient Egyptian Pharaoh Amenhotep III stand guard over a temple that no longer exists. 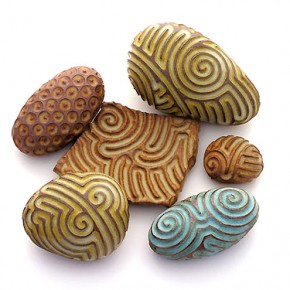 Updated 2/11/2020 – They are called the Colossi of Memnon and remain to this day one Egypt’s major archaeological tourist attractions.

At one time, however, they were more notable for the sound they made at dawn, rather than as monuments to a long dead pharaoh.

The ancient greek historian Strabo wrote in the first century A.D. of a great earthquake that shook Egypt and damaged the statues.

In particular, he mentions that the northern colossus cleaved in half.

Soon after, each day at dawn, the statues mysteriously began to ‘sing’ by emitting an audible, and apparently loud, hum.

The singing statues took the world of the Roman Empire by storm.

Like modern-day psychics, the statues were said to be oracles that could predict the future, and affluent Romans flocked to Egypt to hear the famous singing.

Even several of Rome’s emperors visited to see the marvel, but in 199 AD the statues stopped singing as inexplicably as they had began two centuries before.

The emperor at the time, Septimius Severus, fearing that the gods were angry, ordered that the statues be reassembled and restored.

Theories range from dew evaporating to some type of oscillation or vibration of the sandstone itself causing the singing, but none seem to explain why the sound stopped so abruptly.

To this day, even though the statues still exist, they are totally silent.

Its unlikely that Amenhotep wanted singing statues, for most of the first half of their existence, they didn’t sing at all.

But it seems that his Mayan counterparts may have wanted just that.

The great pyramid of El Castillo at Chichen Itza near the resort city of Cancun in Mexico has long been known, but recently proven and studied, to have the strange property of being able to produce the sound of a bird chirping when someone claps their hand while standing at the base of the pyramid.

If one walks up the steps of the pyramid, it echos the footsteps with the sound of falling rain.

Skeptics state that the Mayans probably couldn’t have predicted precisely what sounds the pyramid would make, if they intentionally designed it to do that at all.

However, when reviewed closer, it seems more than a little suspicious that it would produce a sound similar to the Quetzal bird of Mexico that was considered sacred by the Maya, and would produce the sound of rain, the god of which was also understandably quite important.

Belgian scientist Nico Declercq and his team from Ghent University have established that the source of the sound, such as a clap or a footstep, determines what sound will bounce back.

In effect sound bounced back varies widely based on the sound made by the listener.

This leaves open the possibility that any number of sounds were made to produce an array of effects from the pyramid.

One can imagine the Maya priests astonishing the gathered population as they produced impossible noises that could only have been interpreted as supernatural by those who weren’t in the know.

Only experimentation and thorough study will reveal all of the potential sounds that the Mayans might have produced with the pyramid, and it might even be interesting to find out what it can produce when echoing more modern sounds, such as a chainsaw or a music recording.

It’s amazing to think that an apparently natural phenomena could grip the Roman world so strongly as the Colossi of Memnon did.

It’s even more amazing to think of ancient Mayan architects intentionally building a pyramid to echo sound in an altered form, yet they did.

That would be difficult even by today’s standards.

Thankfully, unlike many of the wonders of the ancient world, the Colossi and El Castillo can still be visited, and listened to by the hopeful, to this day.